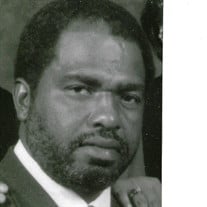 The family of Mr. James Edward Williams created this Life Tributes page to make it easy to share your memories.

He leaves to cherish his precious memories his loving and devoted...

Send flowers to the Williams family.