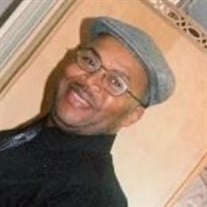 The family of MR. ODIE JAMES HARRIS SR. created this Life Tributes page to make it easy to share your memories.

He is survived by his wife, Eddie Dean Harris; his son, James...

Send flowers to the HARRIS family.