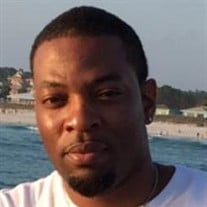 The family of MR. RECHION TAMAR RANDLE created this Life Tributes page to make it easy to share your memories.

Rechion leaves to forever cherish his loving memories: His wife,...

Send flowers to the RANDLE family.