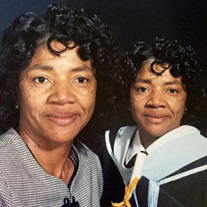 The family of MINISTER SHIRLIE ANN STARKS created this Life Tributes page to make it easy to share your memories.

She leaves to cherish her memories: sons, Kevin (Rheshontana)...

Send flowers to the STARKS family.